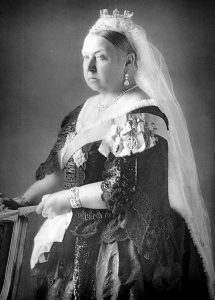 In January 1856, Queen Victoria instituted a new award, the Victoria Cross, made from the bronze of Russian guns captured after the siege of Sebastopol in 1855. It is given for exceptional gallantry by individuals in the face of the enemy and the honour is the same for all ranks.

Private Joseph Prosser was awarded the first Victoria Cross gained by a member of the Regiment. His medals, the VC, Sebastopol and The Crimea, are shown above.

“On the 16th June, 1855, when on duty in the Trenches before Sebastopol, by pursuing and apprehending (while exposed to two cross fires) a soldier of the 88th, in the act of deserting the enemy.
On the 11th August, 1855, before Sebastopol, by leaving the utmost advanced Trench, and carrying in a soldier of the 95th Regt. who lay severely wounded and unable to move. This gallant and humane act was performed under very heavy fire from the enemy”. 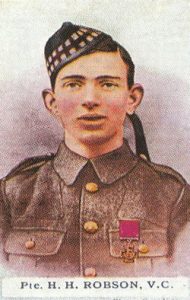 “For most conspicuous bravery near Kemmel on the 14th December 1914, During an attack on the German position, when he left his trench under a very heavy fire and rescued a wounded non-commissioned officer, and subsequently for making an attempt to bring another wounded man into cover, whilst exposed to severe fire. In this attempt he was at once wounded, but persevered in his efforts, until rendered helpless by being shot a second time.” 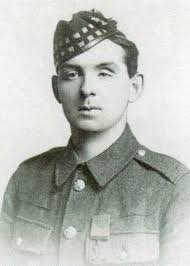 CITATION:
“For most conspicuous bravery and devotion to duty at Givenchy, on the 12th June 1915, in voluntarily leaving his trench under very heavy bomb and rifle fire, and rescuing a wounded officer who was lying within a few yards of the enemy’s position. Lance-Corporal Angus had no chance whatever of escaping the enemy’s fire when undertaking this very gallant action, and in effecting the rescue he sustained about forty wounds from bombs, some of them being very serious.” 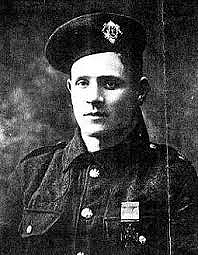 CITATION:
“For most conspicuous bravery on Hill 70 on 26th September 1915. Private Dunsire went out under very heavy fire and rescued a wounded man from between the firing lines. Later, when another man considerably nearer the German lines was heard shouting for help, he crawled out again with utter disregard to the enemy’s fire, and carried him in also. Shortly afterwards the Germans attacked over this ground.” 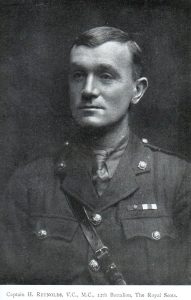 “For most conspicuous bravery on the 20th September 1917. When his company, in attack and approaching their final objective, suffered heavy casualties from enemy machine-guns and from an enemy ‘pill-box’, which had been passed by the first wave, Captain Reynolds reorganised his men, who were scattered, and then proceeded alone by rushes from shell-hole to shell-hole, all the time being under heavy machine-gun fire. When near the ‘pill-box’ he threw a grenade, intending that it should go inside, but the enemy had blocked the entrance. He then crawled to the entrance and forced a phosphorous grenade inside. This set the place on fire and caused the death of three of the enemy, while the remaining seven or eight surrendered with two machine-guns.

Afterwards, though wounded, he continued to lead his company against another objective and captured it, taking seventy prisoners and two more machine-guns.

During the whole attack the company was under heavy machine-gun fire from the flanks, but despite this Captain Reynolds kept complete control of his men.” 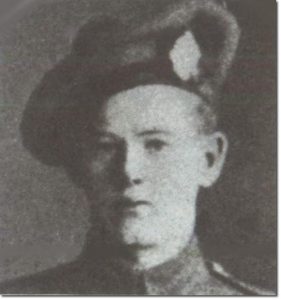 “During operations on the morning of the 23rd August 1918, Private McIver, while Company runner, behaved in the most gallant manner. On one occasion he pursued a German for 150 yards. The German took refuge in a machine-gun nest. Private McIver at once, without the slightest regard for his own personal safety, jumped into the trench, bayoneted and shot about six of the occupants, and the remainder, numbering about twenty with two machine-guns, at once surrendered. Through this man’s brave action the Company was enabled to advance to their objective. 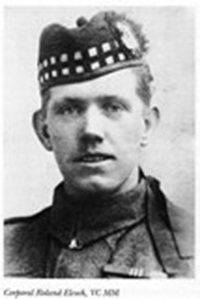 “For most conspicuous bravery and initiative, south-east of Cappelle St Catherine on 15th October 1918, when in charge of a Lewis gun team. Entirely on his own initiative Corporal Elcock rushed his gun up to within ten yards of enemy guns, which were causing heavy casualties and holding up the advance. He put both guns out of action, captured five prisoners and undoubtedly saved the whole attack from being held up. Later, near the River Lys, this N.C.O. again attacked an enemy machine-gun and captured the crew. His behaviour throughout the day was absolutely fearless.” 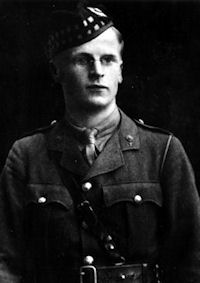 CITATION:
“For the most conspicuous gallantry and devotion to duty near Hoogmolen on 22nd October 1918. He was in command of a section of machine-guns attached to the right flank platoon of the assaulting battalion. In the assembly position he concealed his guns on a limber under the bank of a sunken road.

Immediately the troops advanced at zero they were subjected d to intense enfilade machine-gun fire from Hill 66 on the right flank. Lieutenant McGregor fearlessly went forward into the open to locate the enemy guns, and having done so, realised that it was impossible to get his guns carried forward either by pack or by hand without great delay, as the ground was absolutely bare and swept by a hail of bullets. Ordering the teams to follow by a more covered route, he went to the limber, got on to it, and lying flat, told the driver to leave cover and gallop forward. This the driver did, galloping down about 600 yards of absolutely open road under the heaviest machine-gun fire into cover beyond. The driver, horses, and limber were all hit, but Lieutenant McGregor succeeded in getting his guns into action, effectively engaging the enemy, subduing their fire, and enabling the advance to be resumed. With the utmost gallantry he continued to expose himself in order to direct and control the fire of his guns, until, about one hour later, this very gallant officer was killed whilst observing fire effect for the Trench Mortar Battery.

His great gallantry and supreme devotion to duty were the admiration of all ranks, and especially of the officers and men of the 1st Border Regiment, who witnessed this extraordinary action.”

Instituted in September 1940 for “acts of the greatest heroism or of the most conspicuous courage in circumstances of extreme danger”, it is the highest gallantry award for civilians, as well as for members of the armed forces in actions for which purely military honours would not normally be granted. 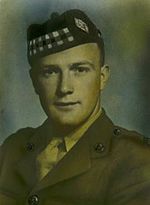 His Majesty The King approved the posthumous award of the George Cross to the late Captain Douglas Ford, 2nd Battalion The Royal Scots, in recognition of his most conspicuous gallantry while a prisoner-of-war in Japanese hands.

Captain Ford, who remained in the other ranks’ prisoner-of-war camp at Sham Shui Po, was the leader in gaining contact with our agents. Similar arrangements to those made by Colonel Newnham were being made when he too was arrested. He was tortured, starved, and finally met his death with Colonel Newnham on 18th December 1943. Throughout his terrible ordeal the behaviour of Captain Ford was superb. He refused to implicate any others. He maintained his spirits and those of his fellow prisoners until the end.